How to deal with bathroom condensation

Condensation is created in every bathroom up and down the country, and everyone has a different theory on how to get rid of it. But follow our simple guide to reducing condensation and you’ll have a cleaner and safer bathroom in the time it takes to have a hot shower.

You may have spent a lot of time and money on creating a bathroom that’s a haven of peace and tranquility, but no matter how well planned your bathroom is, there’s no escaping the spectre of condensation. At best, condensation will cause small irritating watermarks on your bathroom surfaces; at worst, lead to black mould that could cause medical problems.

As the most humid room in the house, all bathrooms are going to get condensation. Whether it turns into a problem entirely depends on how you heat the room and ensure good air flow within it.

How does condensation form?

Condensation is the process in which water vapour turns to liquid. This is typically caused by warm, humid air coming into contact with a cold surface, creating small droplets of water on the surface. In the bathroom, the air holds a lot of moisture when someone uses the shower or bath, while the room also contains a lot of cold surfaces such as tiles and mirrors. Taken with the fact that warm air holds more moisture than cold, this combination means that condensation is always going to be an issue in the bathroom. 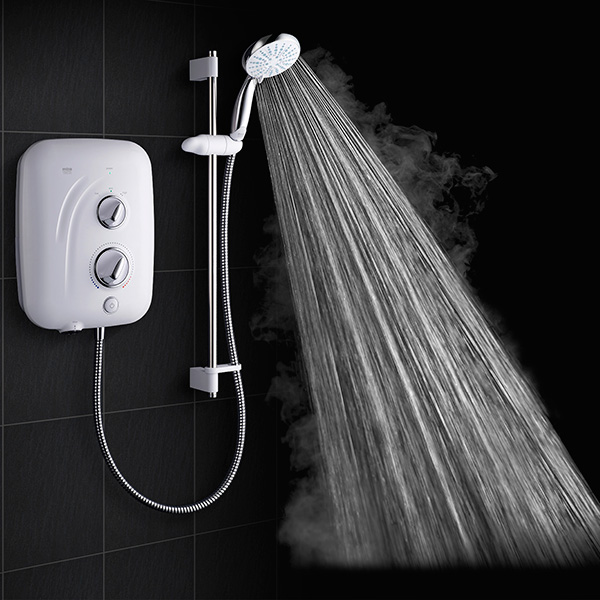 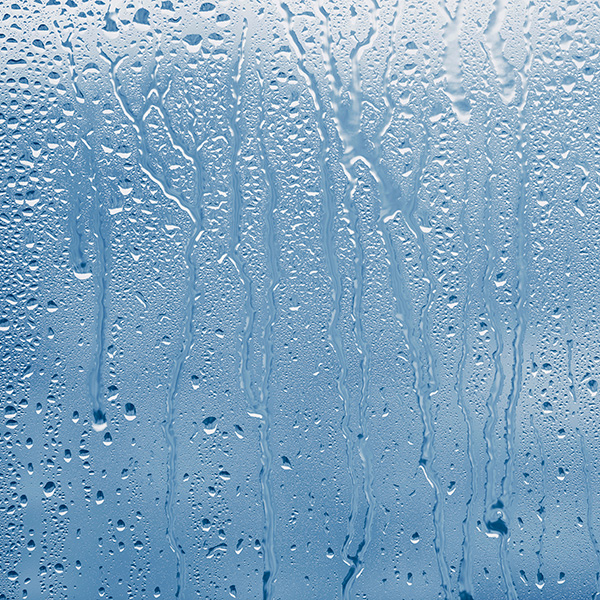 How can you stop condensation forming?

The short answer is that you can’t. The nature of all bathrooms means that some condensation is inevitable, and you’ll never be able to completely prevent it. What you can do is reduce it so that your mirrors and windows don’t get as misted, and you cut down the risk of mould.

The two major factors in reducing condensation are air flow and heat. The best way to increase air flow around the bathroom is to open a window. By giving the warm, damp air a means of escape, it reduces the amount of water in the atmosphere and so reduces the amount of condensation. But remember to keep your bathroom door closed while its air is humid, otherwise the condensation could form on other cold surfaces around the house, causing a build-up of water and potentially black mould.

What else can I do?

If your bathroom is particularly prone to condensation, there are a few other things you can do to reduce the moisture in the atmosphere.

An extractor fan pulls the humid air out of the bathroom and expels it outside. If your bathroom has a window that can’t open or doesn’t have a window at all then this is a good alternative. A good tip is to leave the fan running with the bathroom door closed at least 15 minutes after your shower or bath to make sure most of the moisture has been extracted

To prevent mould from being formed because of condensation, use an old towel to wipe down the surfaces of your bathroom after you’ve had a shower or bath. The surfaces don’t have to be bone dry; just not have puddles of water that are the perfect breeding ground for bacteria. A great way to remove water from glass or tiles is to use a squeegee, a long rubber blade with a handle that you drag down the surface to get rid of all the water droplets. There are a huge range of squeegees available that you can hang in the bathroom and use after every shower. 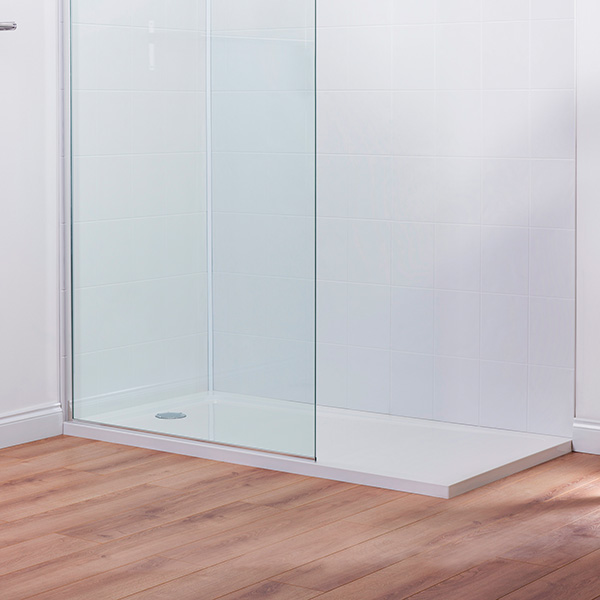 As an alternative to tiles, there are bathroom wall panels on the market that are designed to reduce bacteria that builds up on the walls. Mira’s wall panels feature BioCote® technology that reduces bacteria by up to 99.9%, and perfectly complement their range of shower enclosures and trays.

If you find your bathroom ceiling and walls are covered in water after your shower, there are paints on the market that will absorb moisture to prevent condensation. Some also contain anti-mould agents to help prevent the formation of mould.

If you have a big problem with condensation and nothing seems to be helping, you may need to invest in a good dehumidifier. This is an appliance that will extract the moisture from the air and collect it as water. Using it during or after your shower or bath will greatly reduce the amount of condensation in the room.

A simpler and cheaper approach would be to just turn the temperature of your shower of bath down. By lowering the temperature of the water, your bathroom won’t get as hot and its air won’t hold as much moisture, thereby reducing condensation. If you remain a big fan of hot showers, try stepping out a few minutes earlier and reduce the humidity that way.

If limescale is a problem in your bathroom, read Mira’s guide to removing limescale

Print
Share
Get 25% off Shower Fitting Kits Use code 'showerkit25'