How to unblock a shower drain

Blocked shower drains are a pain. No shower has ever been made more enjoyable by several inches of lukewarm water swishing around your feet. When hair, soap and assorted gunk blocks up your drain, it can be tempting to reach straight for the phone to call a plumber or buy a bottle of caustic chemicals and dump the whole thing down there. In reality, these should be your last resorts.

Plumbers are usually unnecessary for blocked shower drains, while speciality drain unblockers can cause serious damage to your pipework, especially if used repeatedly. Here, we show you how to unblock a shower drain without costing the earth or ruining your pipes.

6 Ways to unblock your shower drain

In truth, this is unlikely to unblock a shower drain on its own but it’s generally a good start. If the blockage is caused by a build-up of soap scum, then pouring some piping hot water down will loosen it up and get things moving. Boil a full kettle, leave it for a few minutes and then pour it all down there. Don’t use water while it’s at boiling point as a large volume of this can cause your pipes to warp and distort.

We’re starting simple here, in the hope of an easy fix before we bring out the big guns. If the blockage is near the plug hole, then a plunger will help draw it out. Add some Vaseline to the plunger to get a better seal. 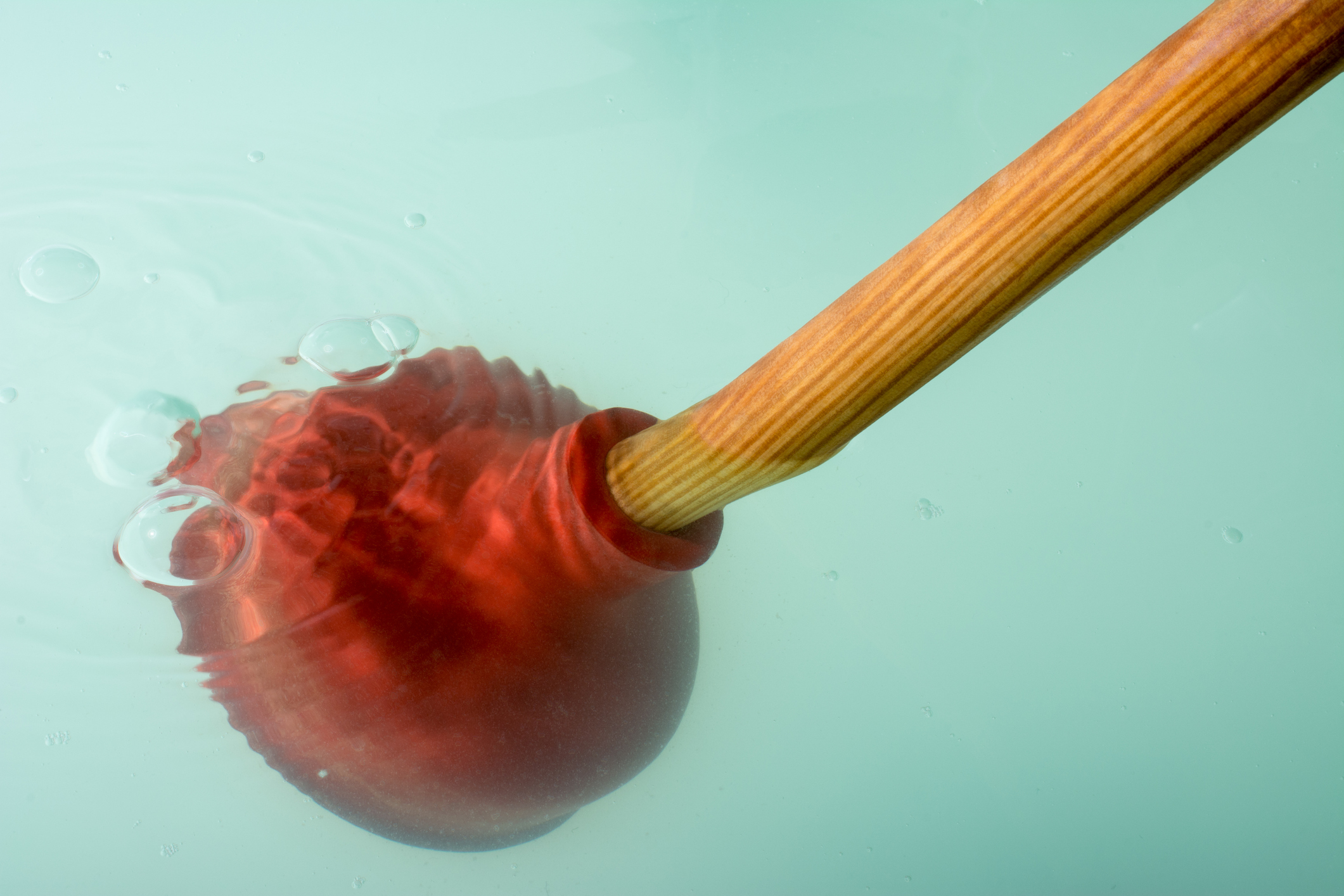 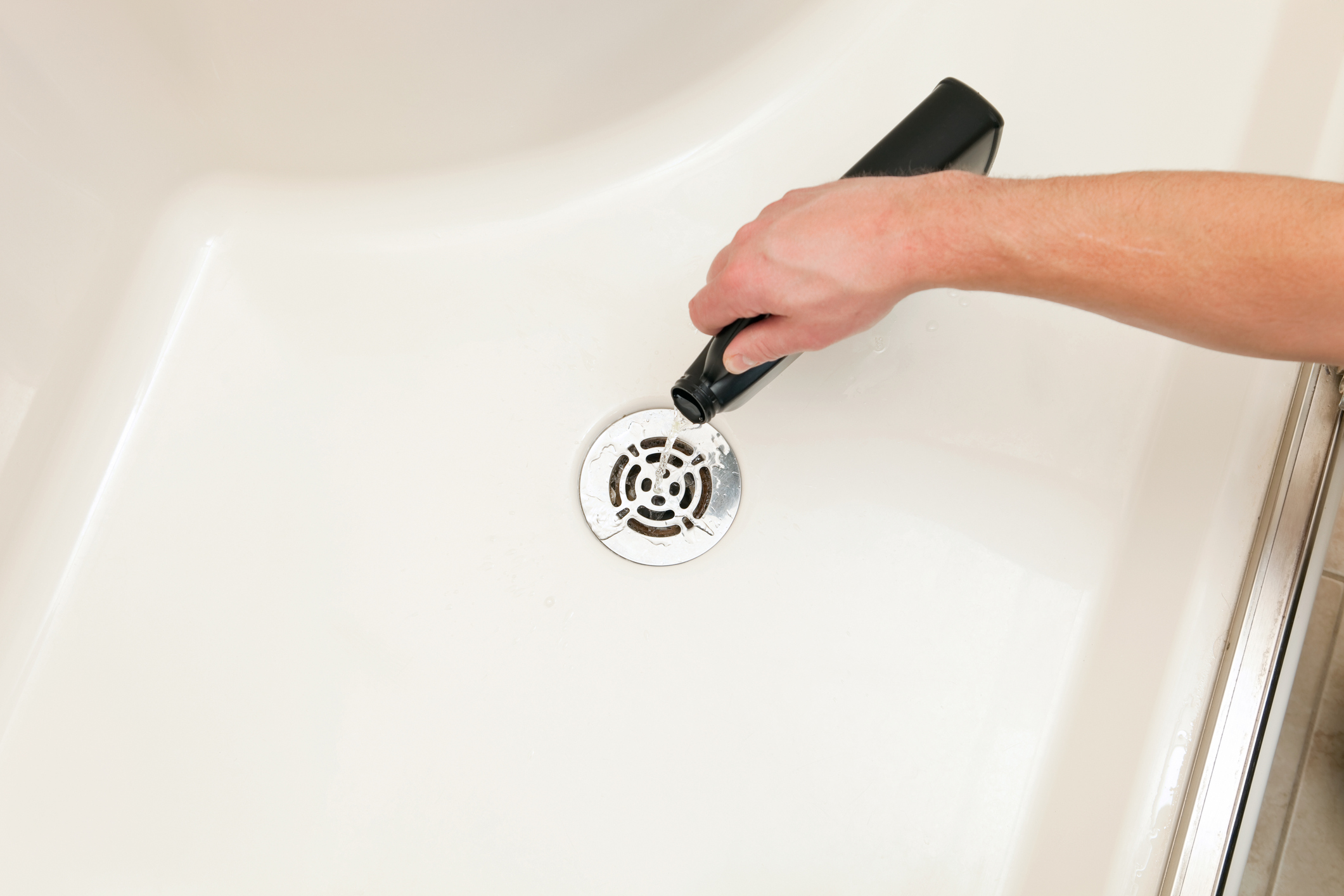 It was inevitable that white vinegar would come up at some point. First, fill a cup with baking soda and pour it down your drain. Wait two to three minutes and follow it with a cup of white vinegar. The mixture will start to bubble away. Put the plug in and let it do its work. After an hour or so, pour very hot water (again, never boiling) down the drain. This should clear out any clogs of hair or gunk. If it doesn’t, try the process again. If that doesn’t work, it’s time to escalate the situation. Bear in mind that while this is a more ecologically friendly and less caustic method of clearing your shower drains, it is still fairly caustic, so don’t overdo it.

Read more: How to remove and prevent mould in the bathroom

If nothing else has worked, this is the point where you’re going to have to get in there and drag whatever is blocking your drain out yourself. Take the cover off your plughole – it will either have a screw holding it in or you’ll need to get a flat-head screwdriver and pry it off – and use a flashlight to look down and see if the blockage is visible and within reach. If it’s not within reach, use a hook to pull it out. You can try straightening out a wire coat hanger and using the hooked part to get a hold of the blockage. If you still can’t retrieve the offending clog, you may need to get a plumber’s snake and insert that in the drain. Push it in until it reaches the clog, turn the handle and pull it back out. 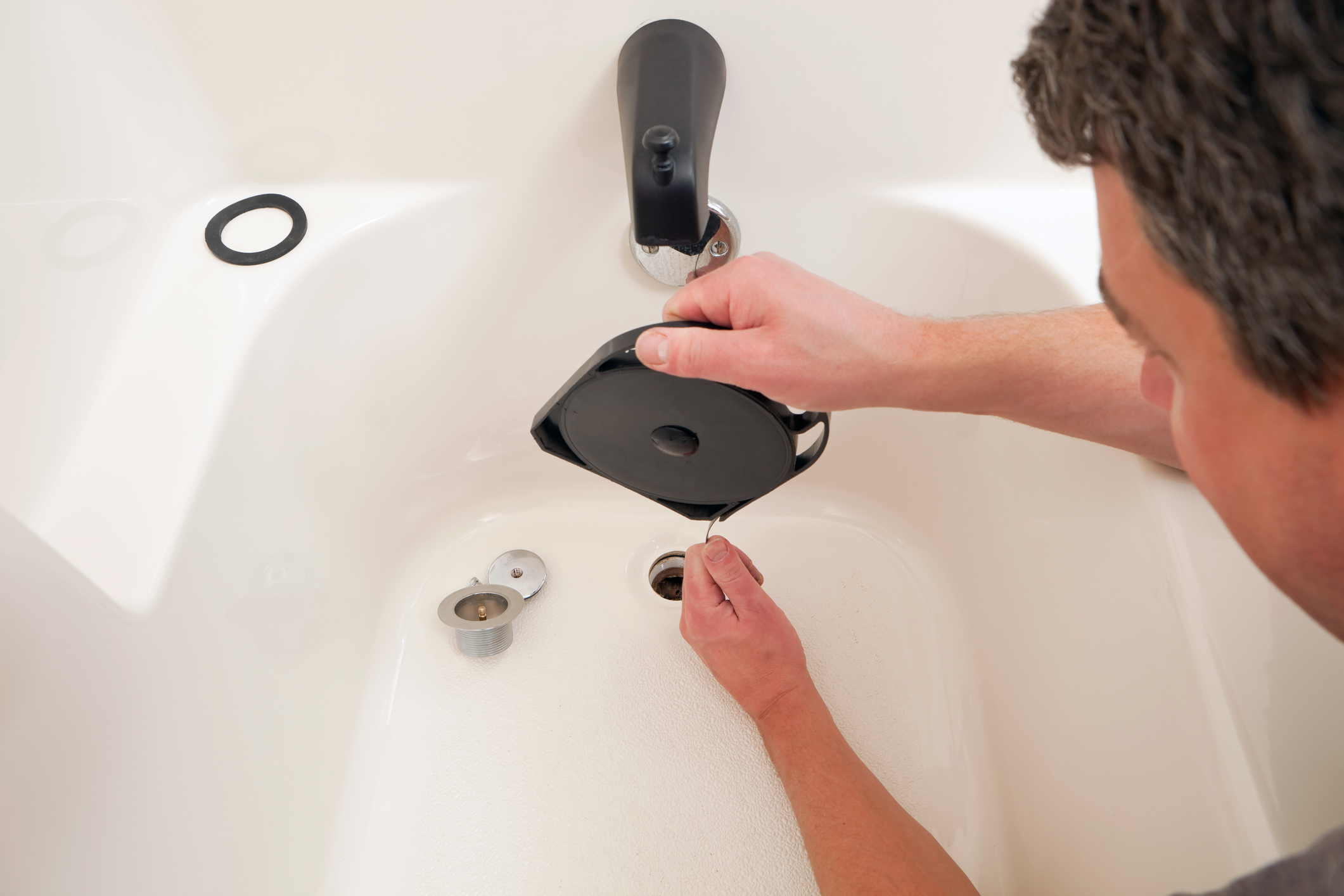 This is one stubborn blockage. You’ve tried gentle reasoning and physical cajoling, now we’re getting to last resorts. Your local supermarket or DIY store will have a range of drain unblockers. Follow the directions on the bottle, flush the drain, and your blockage should be gone. As we said earlier, this is a last resort and shouldn’t be used regularly to clean your shower drain as it will corrode your pipes over time.

Read more: How to remove limescale 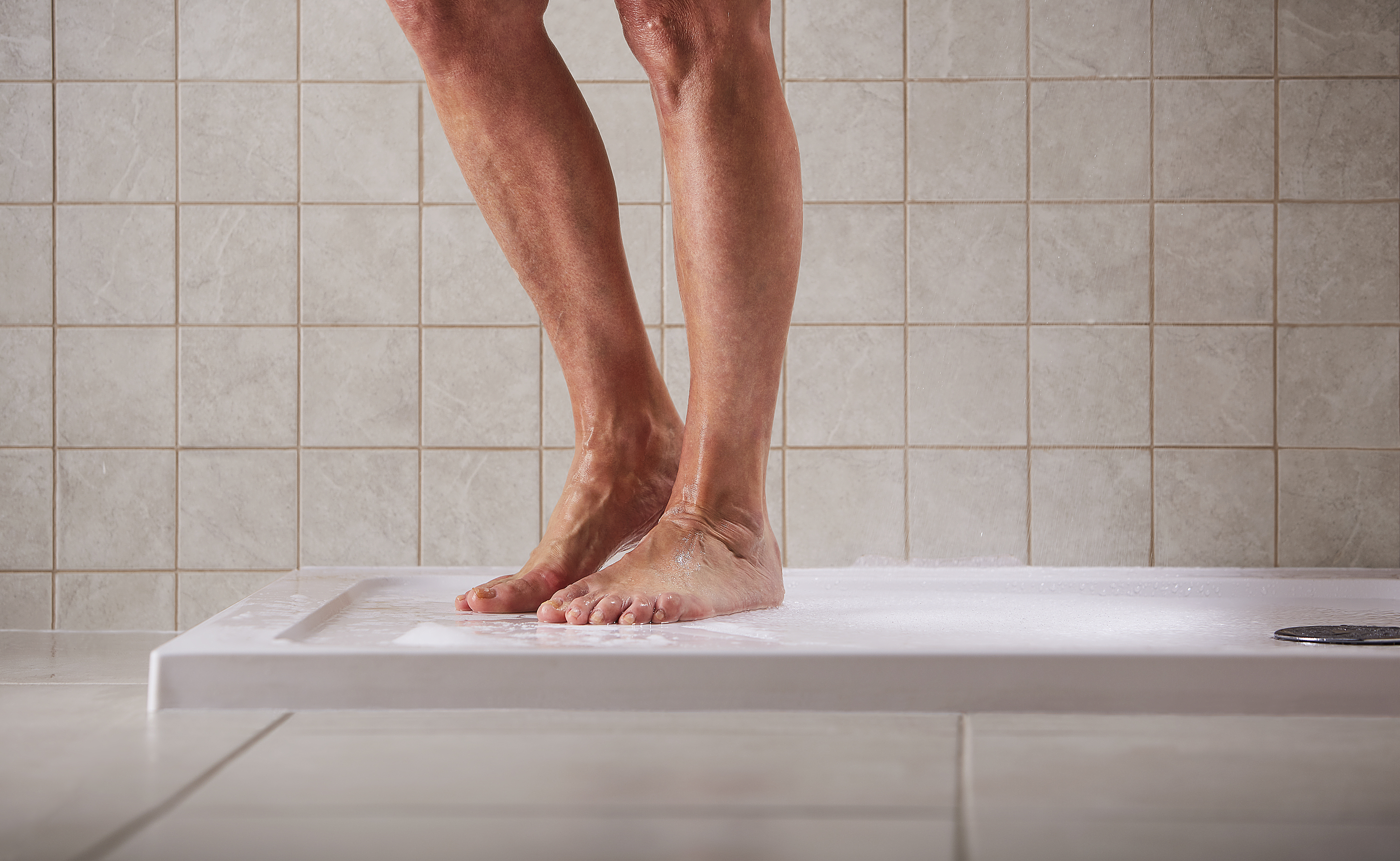 There’s nothing left to do but call a plumber. It’s highly unlikely that a blocked drain would come to this point, but if none of the above have worked, this is clearly a job for a professional.

Shower drain successfully unclogged? Try our other cleaning tips for your bathroom.